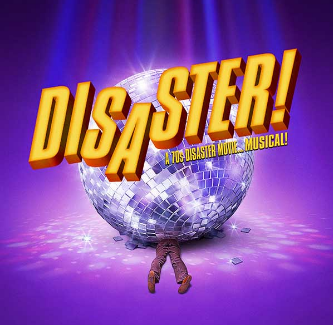 Approximately a month ago when I made a decision to audition for a musical production that I’d received an email about from Lacomedia (A Taste of Broadway) Dinner Theater. It was for the slapstick comedy and musical production of DISASTER!.. where the scene takes place in the late 70’s Era.. with bell bottoms, afros, platforms, disco music, and dances like the hustle! Lol! Well, following my audition, I’d received a phone call to be hired and offered the role of Levora Verona- Disco Diva! My family and I are excited for me to be taking on this principal role and having fun doing so in this chapter of my life. I am always encouraging my daughters to go after their goals and dreams and to have fun using their gifts and talents along the journey… they’ve been such an inspiration to me and have made me proud of their accomplishments thus far in the area of drama and music theater… they know I have a performing Arts background in drama /theater and vocal music and they’ve been wanting to see me in a production for some time now… well now it was my turn to give them and my amazing husband something to come and see all while reminding the girls that whether young or a bit “seasoned” as I am now, lol, that what “God has for you IS for you!” This recording artist is Excited About Theater!!!